Germany must limit its use of gas for power generation and prioritize filling storage facilities to compensate for a drop in supply from Russia, Economy Minister Robert Habeck said on Sunday.

In a move that goes against the principles of its eco-friendly Green Party, the country will also have to increase coal burning, Habeck said.

Russian gas company Gazprom announced last week that it was cutting supply through the Nord Stream 1 gas pipeline for technical reasons, saying there had been delays in the repair of compressor turbines by German firm Siemens Energy .

Germany has come under heavy criticism in the past, particularly from the United States, for its reliance on cheap Russian energy sources, which Washington has always seen as a risk to European security.

What is the government planning?

“To reduce gas consumption, less gas should be used to generate electricity. Instead, coal-fired power plants will have to be used more,” the economy ministry said in a statement.

Habeck lamented the need to use more coal to generate electricity, but called the current situation serious.

“It’s bitter, but it’s just necessary in this situation to reduce gas consumption,” he said. The coalition government has set itself the goal of making German energy production coal-free by 2030. 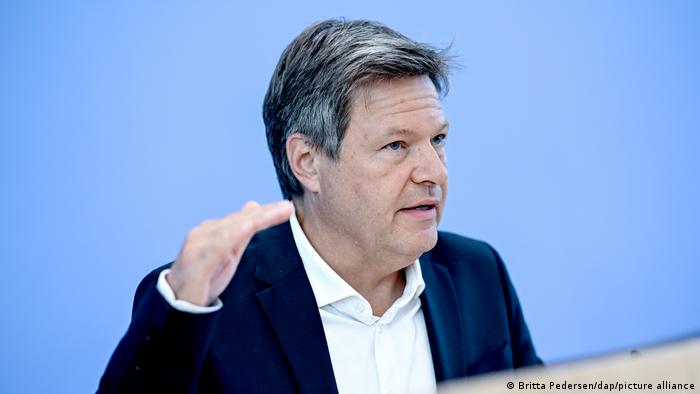 Habeck has proposed capping home heating, and the government also wants to introduce a gas auction model this summer to incentivize industry to save gas.

As part of this scheme, industrial customers who can do without gas will reduce their consumption in exchange for financial compensation.

The gas saved will then be stored.

The third party in the governing coalition, the Free Democratic Liberals (FDP), has also called on Germany to reconsider its 2017 ban on unconventional fracking amid supply problems.

Hydraulic fracturing is a process of extracting oil and gas from shale rock using chemicals and pressure considered by many environmentalists to be extremely damaging to nature.

But FDP parliamentary leader Torsten Herbst told the Welt am Sonntag newspaper that such objections were no longer relevant.

Referring to the fact that Germany intends to import fracking gas from the United States, he said that supporters of this decision could not object to the promotion of safe fracking in Germany itself. .