The outcome of the Chinese Civil War between 1945 and 1949 continues to have both global and individual repercussions. The victory of the Chinese Communist Party (CCP) in this war had disastrous consequences in China and geopolitical consequences that are still being felt in Asia-Pacific and the rest of the world. A new book by Brown University professor Zhuqing Li about the lives of his two aunts – sisters separated for 30 years following the civil war – shines a light on the human tragedies but also reveals the stakes of the current geopolitical rivalry between China and the United States. 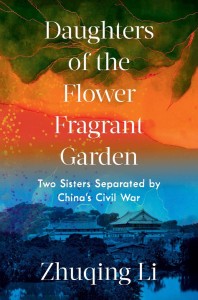 Li’s book tells the story of Hong (a pseudonym) and Jun, sisters whose childhood in the Chen family was spent in a complex called Flower Fragrant Garden near the city of Fuzhou. As children, the sisters were inseparable, but World War II forced the family into internal exile, and the civil war in China severed their relationship for three decades.

Jun was teaching at a school on Jinman Island when the CCP took over the mainland in 1949. Hong became a doctor in China. Jun lived in Taiwan, married a nationalist military officer, and began writing articles critical of the CCP. Hong and the rest of the family in China were suspected of counter-revolutionary associations. And while the book details the lives of the two sisters, Hong’s experiences under communist rule take center stage and reveal the true extent of the tragedy wrought by the CCP’s victory.

Hong was one of millions of suspected counter-revolutionaries in China who had to endure “struggle sessions” and “re-education” to avoid being purged or worse. Hong survived Mao’s early purges and, as a country doctor during the Great Leap Forward, observed firsthand the effects of a state-induced famine, though she was not in able to grasp the full enormity of the CCP’s crime which claimed the lives of approximately 30 million Chinese people. The abysmal failure and human carnage caused by Mao’s Great Leap Forward endangered Mao’s continued rule, so he responded by launching the destructive Cultural Revolution which lasted from 1966 to 1976. This time, Hong n didn’t escape the Communist Red Guards who tore up her medical license, exposed her to public humiliation and sent her to the countryside with millions of others to share the plight of Chinese peasants.

After Mao’s death, Hong was rehabilitated and placed in a position to help oversee China’s population control campaign, which subjected women to forced abortions and forced sterilizations. She eventually became a CCP member. Eventually, after US-China relations improved, Hong and her sister Jun (who was then living in the US) briefly reunited in 1979, but by then China and Taiwan were, like Hong and Jun , effectively separated – two independent nations. And so it is today.

Many Western experts on China today have concluded that President Xi Jinping has amassed Mao-like power within the CCP. Today’s CCP has been credibly accused of genocide against Uyghurs, including the harvesting of human organs to sell around the world. And while generally not as repressive as Mao so far, Xi nevertheless poses a greater geopolitical challenge to the region and the world than Mao ever did.

In 1950, just before the start of the Korean War, Mao planned to invade Taiwan, but the US Seventh Fleet stopped him. Everything indicates today that Xi intends to annex Taiwan, peacefully or by force. It is not at all clear that if the CCP chooses force, the US Seventh Fleet could prevent this today.

The “loss” of China in the late 1940s was once the subject of heated debate in the United States. But historians in the United States have tended to downplay its significance and have come to a consensus that the CCP’s victory in the Civil War was “inevitable.” They judge Harry Truman’s presidency, for example, by its successes in Europe rather than its failures in Asia. Questions about “who lost China” have been relegated to the intellectual dustbin of “McCarthyism”.

But there are no fatalities in the story. Li’s book, which focuses on individual tragedies, as well as our current geopolitical situation that highlights regional and global dangers, is expected to put China’s civil war and the question of “who lost China” back in the center. historical discussions and debates. And the horrors of the CCP regime recounted in the book should educate Americans on the real stakes of the US-China geopolitical rivalry.