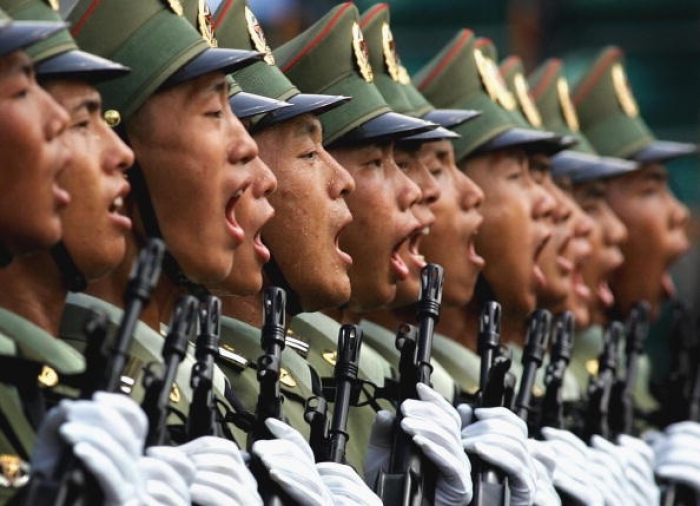 (CNSNews.com) – China’s defense minister warned on Sunday that his country will “fight to the end” to prevent Taiwan from separating, and a senior People’s Liberation Army official described the dispute over island as the issue “that could most easily” trigger a conflict between the United States and China.

“Let me be clear: if anyone dares to separate Taiwan from China, we will not hesitate to fight,” Defense Minister Wei Fenghe said. “We will fight at all costs. We will fight until the end. It is the only choice for China.

“No one should ever underestimate the determination and ability of the Chinese armed forces to safeguard their territorial integrity.”

Speaking in Singapore at the region’s first security forum, Wei denounced the criticisms made the day before by his American counterpart. In his speech to the Shangri-La Dialogue, Secretary of Defense General Lloyd Austin accused China of “provocative and destabilizing military activities near Taiwan”, including the frequent deployment of large numbers of fighter jets from the PLA near the airspace of the island. 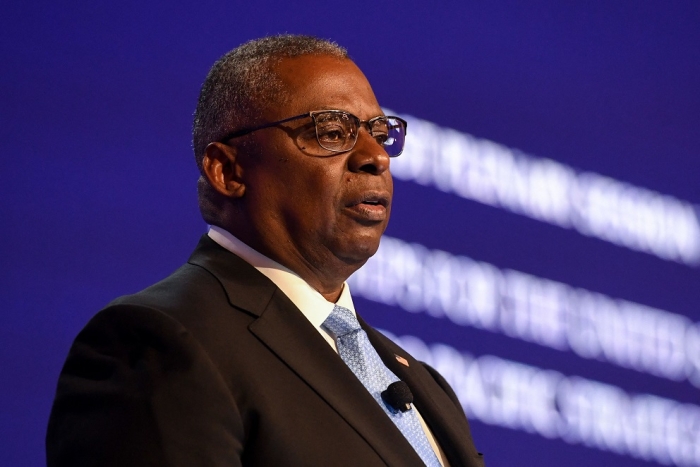 Austin also said China was taking “a more coercive and aggressive approach to its territorial claims”, citing border tensions with India and its activities in the East and South China Seas.

“In the South China Sea, the [People’s Republic of China] uses outposts on artificial islands bristling with advanced weaponry to advance its illegal maritime claims,” Austin said. “We see PRC ships plundering supplies from the region, operating illegally in the territorial waters of other Indo-Pacific countries.”

China claims sovereignty over virtually all of the South China Sea, rejecting competing claims from the Philippines, Vietnam and other neighbors. In 2016, Beijing overruled a UN court ruling that there was no legal basis for some of its claims in the vital waterway.

The two speeches in Singapore, accompanied on the Chinese side by forceful remarks from a high-ranking general at a briefing in Beijing, highlighted the growing gap between Chinese and American visions of the region and interpretations of actions and motives of the other.

Austin stressed the importance of the “rules-based international order,” saying it’s as important in the Indo-Pacific as it is in Europe, where Russian President Vladimir “Putin’s reckless war of choice we reminded everyone of the dangers of undermining an international order rooted in rules and respect.

While chastising China for its provocative behavior around Taiwan and in the South China Sea, he stressed that the United States is “not looking for confrontation or conflict.”

“And we’re not looking for a new cold war, an Asian NATO or a region divided into hostile blocs,” he said. “We will defend our interests unflinchingly, but we will also work towards our vision for this region, one of growing security, increased cooperation and not growing division.”

In addition to his comments on Taiwan, which Beijing sees as a rebel province that will inevitably be reincorporated into a “one China”, Wei accused the United States of imposing its hegemony under the pretext of maintaining “freedom of navigation” in the South China Sea.

He called on the United States to “stop smearing and containing China” and harming its interests, but also said a more stable bilateral relationship was vital for world peace.

“The United States is the biggest source of instability in the international order, the behind-the-scenes manipulator of global unrest, and a dangerous threat to regional peace and stability,” Zhang said.

He also warned that the Taiwan issue “was the single issue that could most easily lead China-US relations to conflict.”

On Friday, Austin and Wei held a face-to-face meeting on the sidelines of the forum.

The Pentagon said their discussion focused on Taiwan, North Korea, the Russian invasion of Ukraine and “the need to responsibly manage competition and maintain open lines of communication” between the United States and China.

During a visit to the region last month, President Biden made waves when he answered ‘yes’ when asked if he was prepared to ‘get involved militarily to defend Taiwan’ in the event of an invasion. Chinese.

Biden said the United States was abiding by its “one China policy” but the idea that Taiwan could be “taken by force” was “simply not appropriate”.

The White House then issued a brief statement stressing that US policy towards Taiwan “has not changed”, that it remains committed to “peace and stability across the Taiwan Strait” and to its obligations under the Taiwan Relations Act to “provide Taiwan with the military means to defend itself.

In response, the Chinese Foreign Ministry expressed “strong dissatisfaction and firm opposition” and promised that Beijing would “take firm measures to safeguard its sovereignty and security interests”.