Huge protests erupted in the restive Xinjiang region of China on Saturday after 10 people were killed in a fire at an apartment building two days ago, followed by allegations that people living in the compound affected by the fire had been largely prevented from leaving their homes. Ten people were killed and nine injured when the fire tore through a residential building in the regional capital Urumqi on Thursday night, according to the official Xinhua news agency.

Residents of Urumqi have appeared in videos on social media to take to the streets to protest Covid measures.

China is the latest major economy married to a zero Covid strategy, with authorities enforcing instant lockdowns, long quarantines and mass testing to snuff out new outbreaks as they emerge. 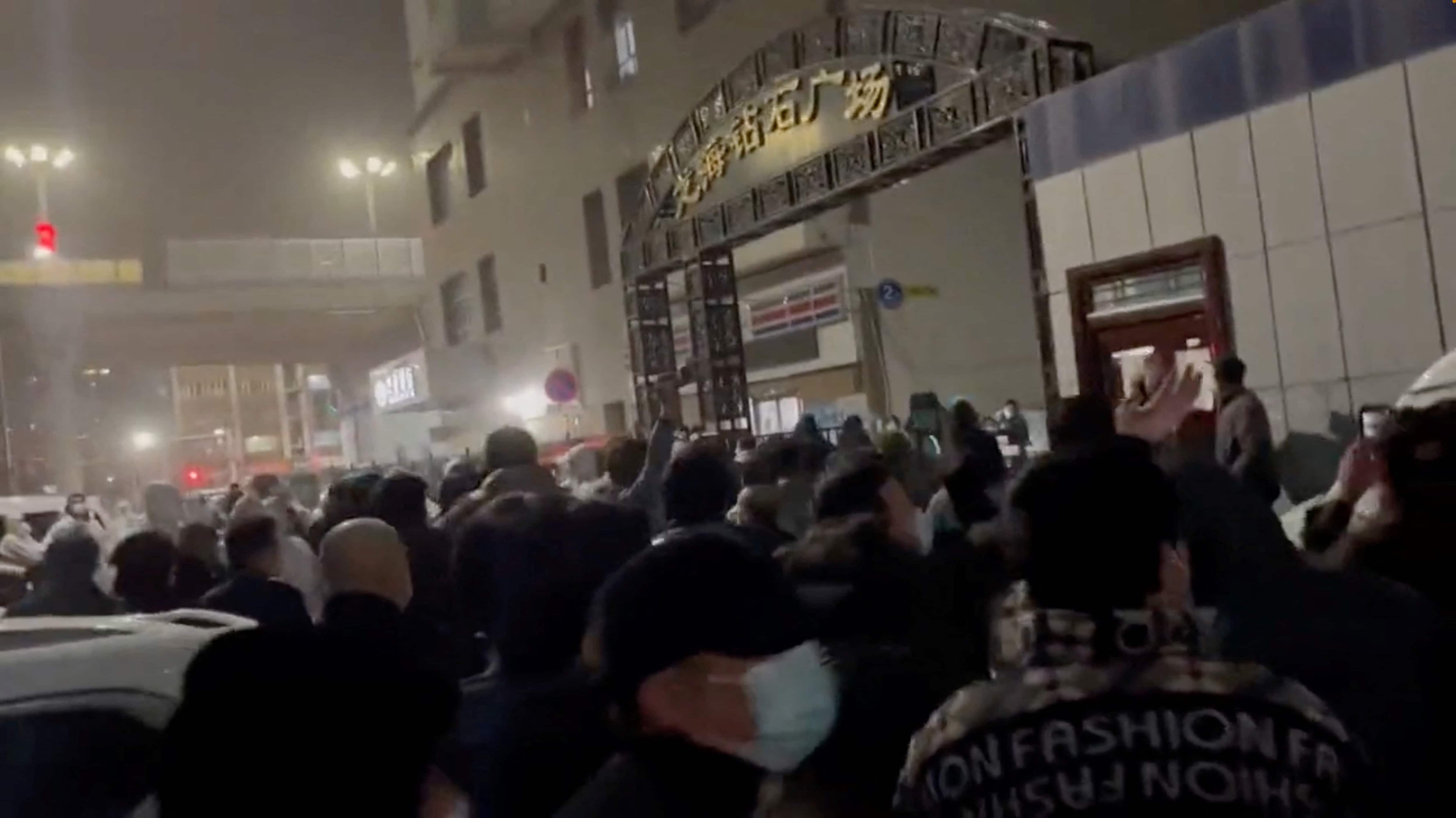 Crowds chanted “End the lockdown!”, raising their fists in the air as they marched down a street, showing videos posted on Chinese social media on Friday evening, Reuters reported, which also verified that the footage had been published from the capital of Xinjiang, Urumqi.

Videos showed people singing the Chinese national anthem with its lyrics, “Arise, those who refuse to be slaves!” while others shouted that they wanted to be freed from blockages.

China has placed the vast Xinjiang region under a long lockdown, with many of Urumqi’s 4 million residents banned from leaving their homes for 100 days, Reuters reported. The city has reported about 100 new cases each in the past two days.

Xinjiang is home to 10 million Uighurs. Rights groups and the West have long accused Beijing of abuses against the mainly Muslim ethnic minority, although China denies such claims.

In another clip, dozens of people march through a neighborhood in the east of the city, shouting the same slogan before confronting a line of hazmat-clad officials and angrily berating security personnel.

AFP journalists were able to verify the videos by geotagging local landmarks, but were unable to specify when exactly the protests took place.