China has spent much of the last two decades cornering Chile’s lucrative copper and lithium markets, making it potentially impossible for almost any other country to establish a formidable “green” economy, as the two resources are essential to the manufacture of electric vehicles.

China has maintained an ongoing interest in Chile’s abundance of these two precious materials, slowly gaining a foothold in the country’s industries and resources over the past 15 years following the free trade agreement signed by the two countries. in 2005.

China is the top destination for Chilean exports. In 2021, 83.9% of Chile’s exports to China were minerals such as copper, other non-mineral exports to China include fruits, wine and seafood.

Chile currently holds more than 50% of the world’s reserves of lithium, an indispensable resource in the manufacture of batteries for electric vehicles alongside copper. Copper is also a highly sought-after resource of which China, the world’s largest ore importer, is continuously starved, accounting for half of the world’s total copper consumption and the world’s largest consumer of lithium. It is therefore not surprising that China sees strategic value in securing these two resources from Chile’s abundant reservoirs – a feat it has been able to achieve through lax behavior and concessions on behalf of Chilean politicians through deals that favored China over Chile.

Chile nearly sold one of the country’s copper yields to the Chinese Communist Party before the mining deposit even started producing copper.

During the presidency of socialist Ricardo Lagos (2000-2006), the Chilean state-owned copper mining company CODELCO signed commercial agreements with the Chinese state-owned “China Minmetals Corporation” between 2005 and 2006 which granted Minmetals 24 ownership of the Gabriela Mistral copper deposit. mine (colloquially known as the “Gaby” mine) which was, at the time, under construction with a groundbreaking date of 2008. 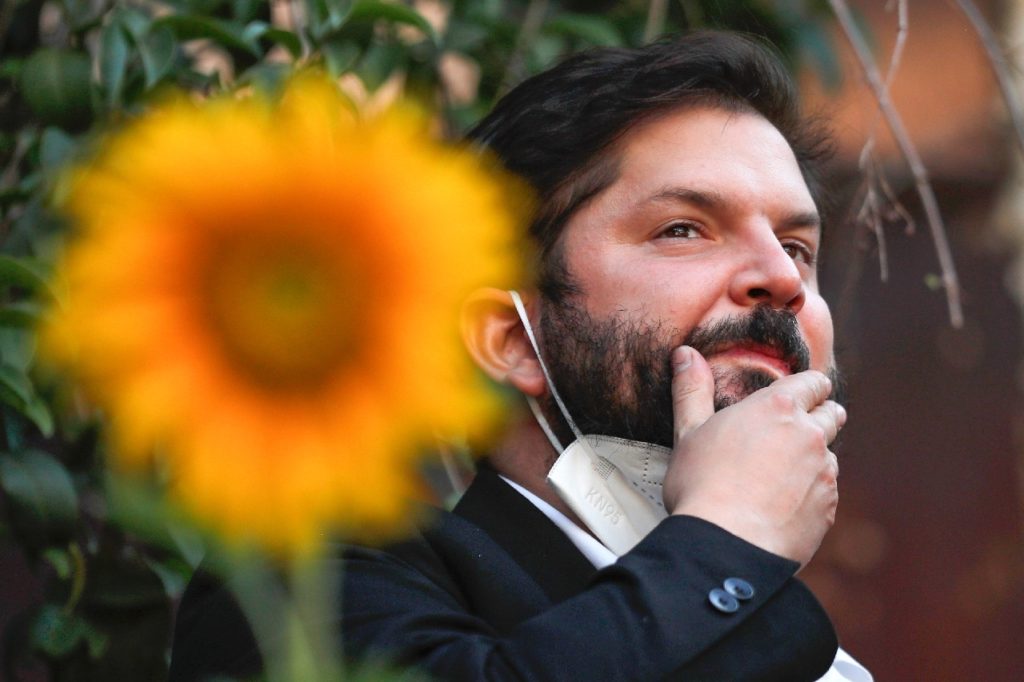 The sale was postponed until Chinese pressure to seal the deal increased in 2008. Socialist President Michelle Bachelet – now head of the United Nations Human Rights Office – visited China in 2008, where she claimed that her government would respect the agreement between CODELCO and Minmetals. after continued backlash from Chilean citizens as well as copper workers, who opposed any sale of the mine property and threatened to strike in protest against the sale of the copper mine to Chinese interests. 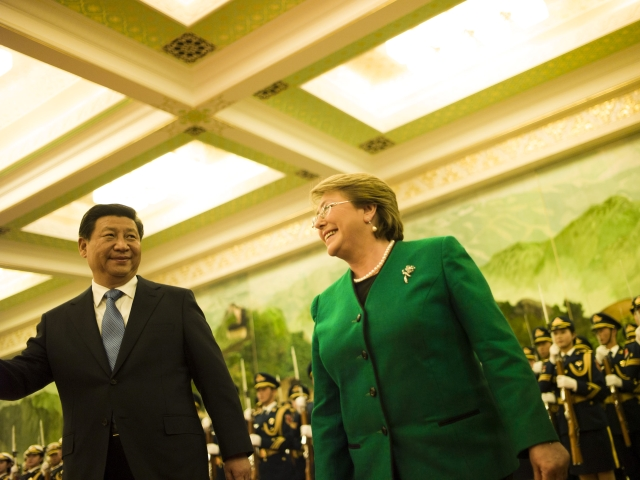 The deal was very beneficial for China, as it allowed Minmetals to increase its stake up to 49%. Although Chile may retain 51% ownership of the mine, China would have effectively had majority control of the mine’s total output, as China paid $550 million up front for 55,750 tonnes of copper. per year over fifteen years. Therefore, the deal would have left Chile with a minority share of the mine’s total annual production. 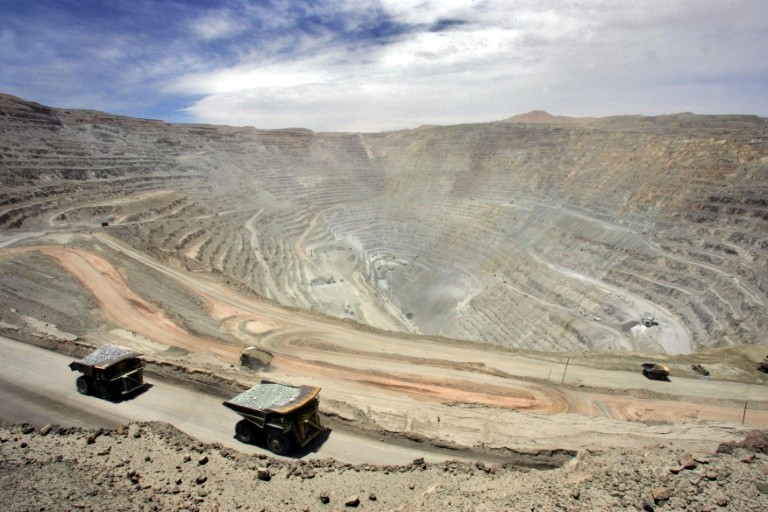 The Chuquicamata site in the Atacama Desert in northern Chile is considered the largest open pit copper deposit in the world, measuring five by three kilometers and one kilometer deep. (AFP/MARTIN BERNETTI)

The sale of the “Gaby” mine to China was finally suspended in September 2008. In 2014, Juan Villarzú, who was the president of CODELCO at the time of the signing of the Gaby mining agreements with China, admitted that the negotiation was a net negative for the interests of Chile. 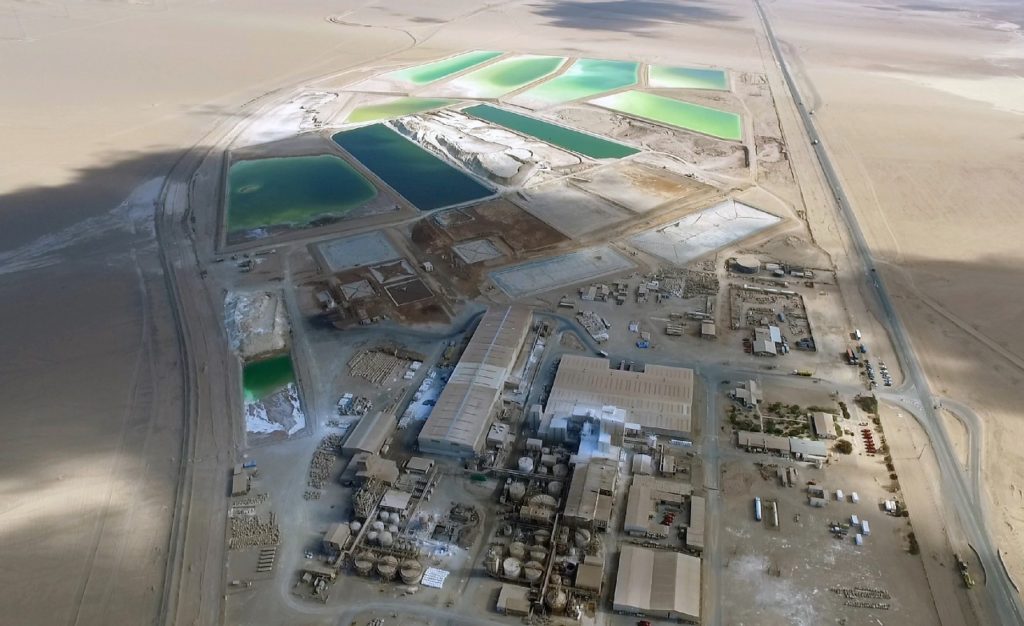 This file photo of the SQM (Chemical and Mining Society of Chile) taken on December 26, 2016 shows an aerial view of the processing plant of the lithium mine, in the Del Carmen salt pan, in the desert of Atacama, in northern Chile. (AFP)

In 2019, Pinera traveled with an official delegation to court Chinese investment in the country and to promote Chile as China’s gateway to Latin America.

“We want to transform Chile into a real business center for Chinese companies. So that you can, from Chile, also reach all of Latin America,” Piñera said during a meeting as part of his official visit to Beijing.

In January 2022, the administration of Piñera awarded the Chinese company BYD Chile SpA and the local company Operaciones Mineras del Norte SA contracts to extract up to 80,000 tons of lithium metal per year for 20 years as part of a a controversial bidding process, when Piñera was two months away from handing over the presidency to leftist Gabriel Boric.

Two days later, a Chilean appeals court ordered the suspension of the two contracts after the governor of the Copiapo region and the local indigenous communities filed the appeal citing the environmental impact it would cause on the region and its inhabitants.

His plan to increase Chile’s lithium exports in the name of green energy is at odds with his environmentalist message, as increased mining and extraction of lithium in the name of green energy and the fight against climate change could end by causing more damage to his own country. although Boric recently pointed out that China, to which Chile exports its copper and lithium, must be held responsible for preserving the environment.

At its current production levels, the Chilean lithium industry has already caused negative effects on the Atacama desert region and its scarce water resources, depriving local indigenous communities of access to water.

China’s hold over Chile is not only limited to copper and lithium, but also to other sectors of the country.

Christian K. Caruzo is a Venezuelan writer and documents life under socialism. You can follow him on Twitter here.