Germany will burn more coal, the dirtiest fossil fuel, amid concerns about possible power shortages caused by a cut in supplies from Russia, its economy minister has said.

Robert Habeck says Germany must limit the use of gas to generate electricity, after Russian oil giant Gazprom announced it would cut supply through the Nord Stream 1 gas pipeline, apparently for technical reasons .

The situation forces the government to burn more coal, which emits twice as much climate-heating carbon dioxide as gas, during a “transition period”, Habeck said.

“It’s bitter, but it’s just necessary in this situation to reduce gas consumption,” said Habeck, from the green environmentalist party.

The government is also offering incentives for companies to limit their gas consumption, planning to divert reserve fuel to fill storage facilities before next winter – the “top priority”.

“It is obvious that (Russian President Vladimir) Putin’s strategy is to destabilize us by driving up prices and dividing us,” Habeck said. “We won’t let that happen.”

Germany, like many countries in the European Union and the United Kingdom, has increasingly relied on imported gas in recent decades as a cleaner – though still polluting – alternative to coal.

Many of those countries have now signaled that they will burn more coal in an attempt to stem cash flow to Moscow and improve energy security, in response to Russia’s war in Ukraine.

The UK has extended the life of a coal-fired power plant to improve energy securitydespite pressure last year on other countries to “relegate coal to history”.

“Going forward, governments need to focus on how to reduce gas demand,” he said.

Their response so far has focused on doubling wind and solar construction to generate electricity, but they will need “quick action for all sectors that use gas”, such as the heavy industry and heating, he added.

Mohamed Adow, who heads climate think tank Power Shift Africa, said the rise in coal was a “devastating blow” for people on the front lines of the climate crisis.

Because wealthy historical polluters like Germany have not yet built enough wind and solar power, it is the “climate vulnerable who will suffer the consequences when Germany turns to coal”, added Ms. .Adow. 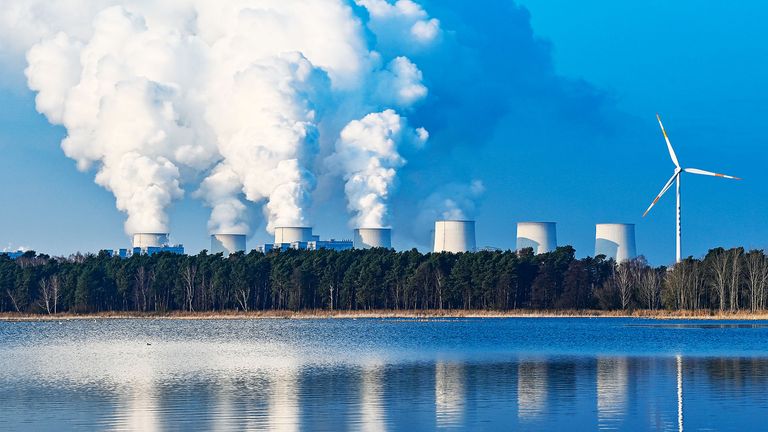 As leaders warn of the danger of expanding fossil fuel use, Michael Regan, head of the US Environmental Protection Agency, speaks to Sky News.

Germany, a long-time heavy consumer of Russian gas, began to cut imports after Ukraine’s latest invasion. Its climate target of phasing out coal by 2030 remains in place, as does its policy of closing its three remaining nuclear plants by 2023.

Berlin also plans to expand its renewable energy production – already one of the most ambitious countries – and improve gas storage and energy efficiency measures.

“Security of supply is currently guaranteed, but the situation is serious,” said Habeck.

But Germany says Russian gas will be essential for some time until alternative energy sources, such as LNG delivered by ship, become available.

The show investigates how global warming is changing our landscape and highlights solutions to the crisis.